Domestic Violence: a silent crisis in our society

For me, the most affected recent news story is about the domestic violence happened in Calgary

last week. I found it in a local newspaper and shook me terribly. It's the most recent affecting news because it intimidates individual's safety, can damage the society's order and has bad consequences for future generation.

Actually, everybody needs safety in daily life. But one of those dangerous things is a person whom she has loved. He(husband) had killed her with a gun and shot himself in the head later. There was blood in the basement as a woman laid on the floor, and a dead man at the garage. Who can we trust for the individual's safety?. It's hard to answer as the domestic abuses are still a silent crisis in our society. 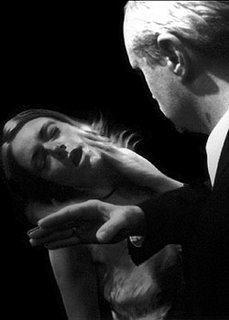 From this silent disaster can leads to the collapsing possibility of our society's infrastructure. Then it will result an instability, disorder and chaos. People feel frustrated, fearful and stressful. So when the important strength of individuals has been disrupted, it can lead to the destruction of the society. We cannot calculate that how many families and individuals have been terrorized by domestic abuses. But one thing which we perceive is the endless fear occurring in our society.

Thirdly, when parents have committed abuses, it affects their children, or leaves their children parentless especially the couple I have mentioned above. They left their three children with aunty. And a three years old baby says that his parents go to heaven. We aren't sure his parents go to heaven or not, but what we are sure now is that he is still crying and calling the name of their parents. So we cannot imagine how the boy suffers and how he grows up in the future?. Truly, the three children will be orphan and experienced an unforgettable history in their life.

Domestic abuse is really horrible thing happening in our society. It has rooted as the slightest thing of individual bad actions and these bad actions gradually grow up if they don’t destroy it primarily. It has secretly planted in individual's dirty mind. It creates a lot of flaws in families and companions; and it seems hard to get rid of it. This news is really affecting me and it promptly inspires me to become an activist to fight against this silent crisis. The most fundamental origin to deal with this crisis requires individuals to understand and effort to cultivate three achievements: to do all good deeds, to avoid all bad deeds and to cleanse our dirty mind.

Note: Any kinds of abuses are wrong in the concept of Buddha’s teachings. It is a sinful action. We have to respect the Dhamma and take it for refuge in order to refine our mind. Mind is the main cause leading to commit such bad actions(unwholesome Kamma). Those bad Kammas are considered as battering, hurting, shouting, swearing, intimidating, sexual humiliating, oppressing, addicting alcohol and drugs..etc.